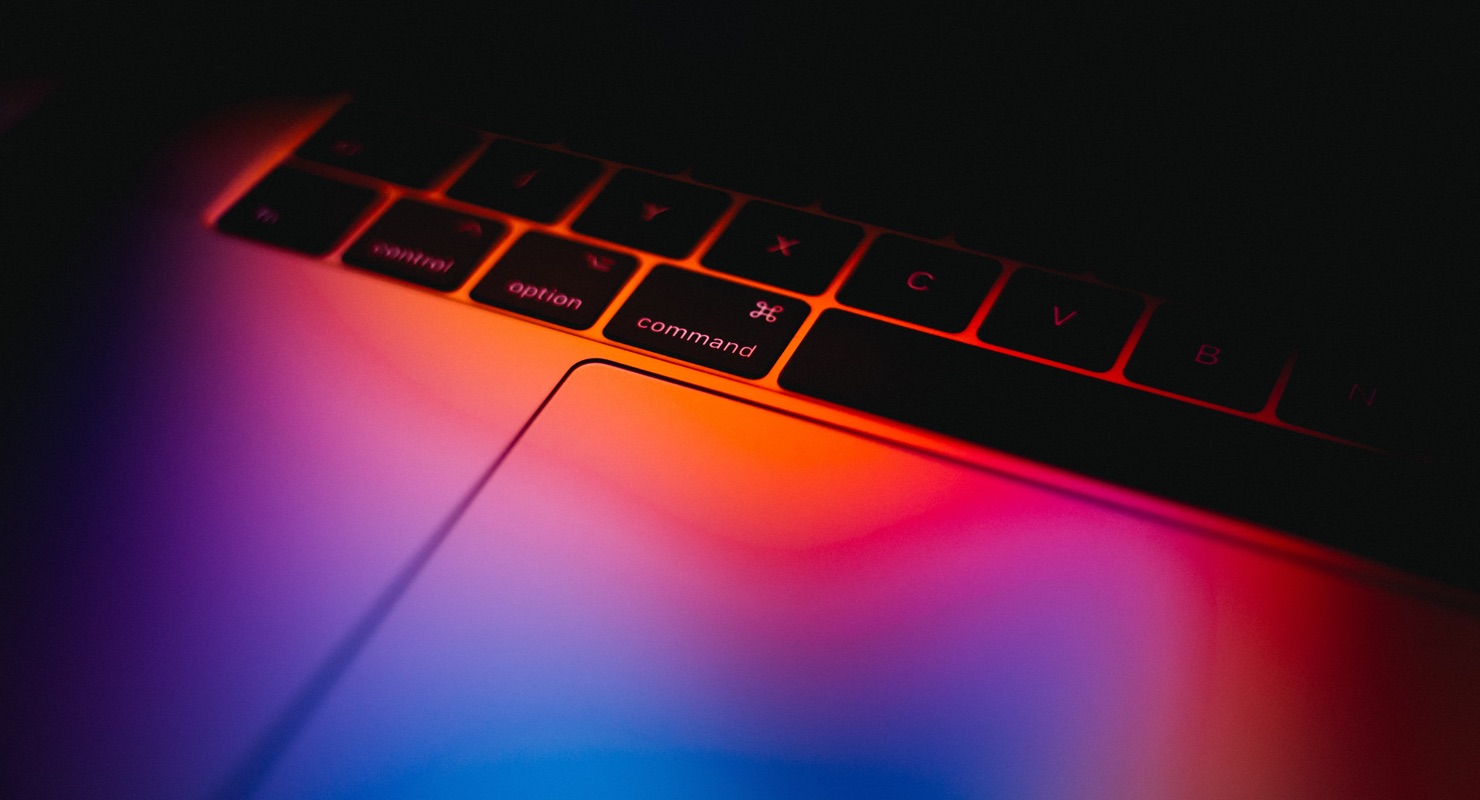 As millions of people get used to working from home, the realities of the work model are starting to sink in. In spite of the positive effect remote work has on productivity, many are realizing that – when it’s not managed correctly – it can also lead to stress and burnout. And now another issue is being linked to remote work: presenteeism. While traditionally presenteeism was associated with office work, a new version has adapted to our digital world: virtual presenteeism. But what exactly is virtual presenteeism – and is it creating a toxic office culture in a remote setting?

What is virtual presenteeism?

To understand virtual presenteeism, we first need to understand “traditional” presenteeism. The term “presenteeism” was coined to describe the problem of employees continuing to come into the office even when they were sick or injured – but the meaning has since evolved to include people who turn up to work physically, but aren’t engaged psychologically. An employee can arrive at work on time, sit in front of their screen, and stay at their desk longer than they need to – yet still not really achieve anything with that time. They’re not motivated or more productive, being present only in terms of their body. The cost of this is huge: around $150 billion in the US each year; $26 billion in the UK.

As businesses ramp up remote work, the problem of presenteeism is going home with their employees. Even though this issue is now a virtual one, it doesn’t make it any less real. In fact, more people than ever are being impacted by this new form of presenteeism – and the insidious nature of virtual presenteeism is actually part of the problem. For people who are new to remote working, it’s natural to feel a bit lost, or to have a niggling feeling that because you’re at home, you need to prove that you are really working – not just lying on the sofa with your laptop open. It takes time to adapt to remote work, but many new remote employees never get that breathing space.

A new Canada Life survey showed that 46% of people who started working remotely during lockdown felt more pressure to be present, with 35% stating they continued working even though they weren’t well. Of the employees who carried on working while sick, 40% said it was because they didn’t feel they were sick enough to justify a day off – though 26% said it was because their workload was too full to take a day off. A further 16% said they carried on working because they were afraid of being made redundant.

Why is virtual presenteeism such a problem?

On the surface, it may seem strange that virtual presenteeism is such a problem. After all, working from home is meant to be flexible. But does remote work really suit everyone the way that flexible working suggests? Swapping smart clothes for loungewear and an office desk for a kitchen table is one thing, but if we’re expected to work in the same way as we do in the office, it’s not really flexible at all. But the issue is that most people don’t feel they’re expected to work in the same way; they feel expected to work more. Lack of visibility is a common downside for even seasoned remote workers, and for all the new remote workers struggling to adjust, it’s the crux of the problem.

If you feel that you, and your work, are invisible, you may feel the need to go the extra mile. So you answer messages out of hours to prove you’re committed. You work longer days, keeping your Slack status as “available” and sending periodic emails so everyone can see you’re still working. And all this is on top of the usual predicaments related to the lack of boundaries between work and home. When you live where you work, there’s no buffer between personal and professional – and when your laptop is always within arm’s reach, it’s normal to feel the need to be constantly contactable. Adding in the problem of virtual presenteeism can cause the blurred lines between work and home to become invisible.

But none of these factors even need to exist for virtual presenteeism to cause harm. If a company has a problem with office presenteeism, this problem won’t suddenly disappear just because everyone has gone home to work; instead, office presenteeism will just mutate into virtual presenteeism. Nothing’s been solved – it’s just been swept under the carpet. Bad office culture simply becomes bad remote work culture – only this time, the problem is bigger, and the harm it can cause – like stress, anxiety, exhaustion and poor health – is even greater.

How to counter virtual presenteeism

To counter virtual presenteeism, it’s essential for companies to reassess their workplace culture and consider how they can best support remote workers. Effective remote management is vital, and all managers should take time to establish a clear communication structure, so everyone knows the purpose of each communication platform and is confident about when they’re expected to be available – and when they’re expected not to be. On top of that, managers should regularly check in with employees to make sure they’re not under pressure, take time to offer support and encouragement, and ensure there’s plenty of social interaction.

Developing a robust remote-first culture can take more time, but if you want to counter virtual presenteeism and protect your remote employees, it’s essential. Employees should be aware that it isn’t the quantity of work they’re doing that matters; it’s the quality. Trust is a critical component to any healthy workplace culture and the minute employees feel distrusted or micromanaged, they start feeling the need to emphasize how present they are. If a company promotes a trusting, healthy work culture, its employees should never feel defensive.

Also important is transparency. Communication should be transparent and asynchronous (most of the time) so everything is searchable, which further helps boost trust. Visibility over your remote team is key too, as it ensures everyone has a healthy workload. As the Canada Life survey showed, when people feel overworked they don’t feel they can take days off, even if they’re ill. By keeping track of everyone's workload and work hours, you can make sure everyone’s at a healthy capacity and help prevent burnout.

Above all, take time to foster a workplace culture that understands and prioritizes the importance of switching off – one where employees feel comfortable logging out for the day and don’t feel the need to even check their emails... let alone reply.

The rise of low-tech productivity tools

For all our reliance on tech, the past decade has witnessed a revival in intentionally slow, analogue productivity tools. People are increasingly picking up pens, buying journals and making long-hand notes to manage their performance. But is all the effort and time required worth the investment? 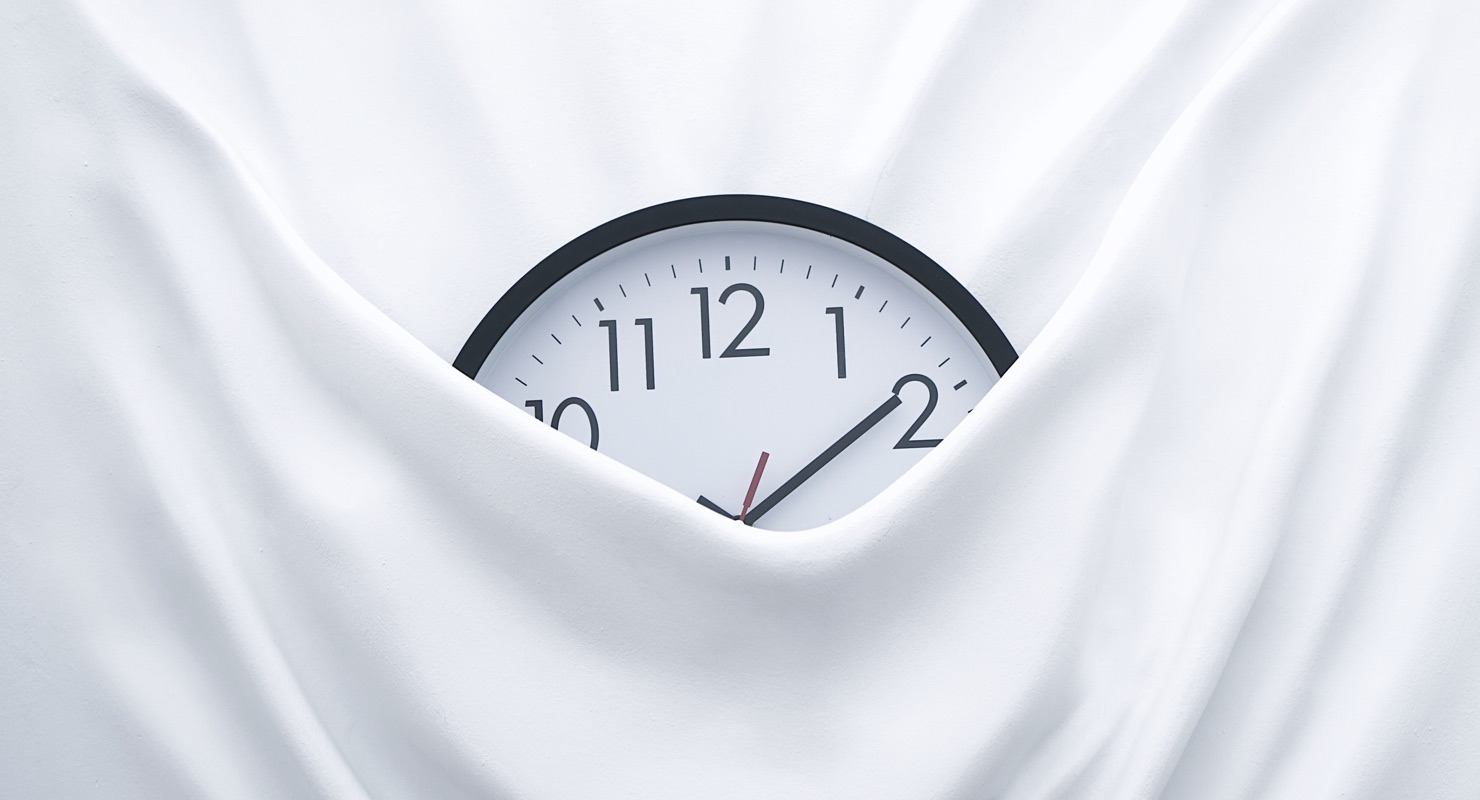 The internet is saturated with similar looking time tracking apps. But how do you know which one is the best for you? To aid your search, we’ve compared the biggest differences between the most notable time tracking apps currently on the market – from manual to automatic solutions. 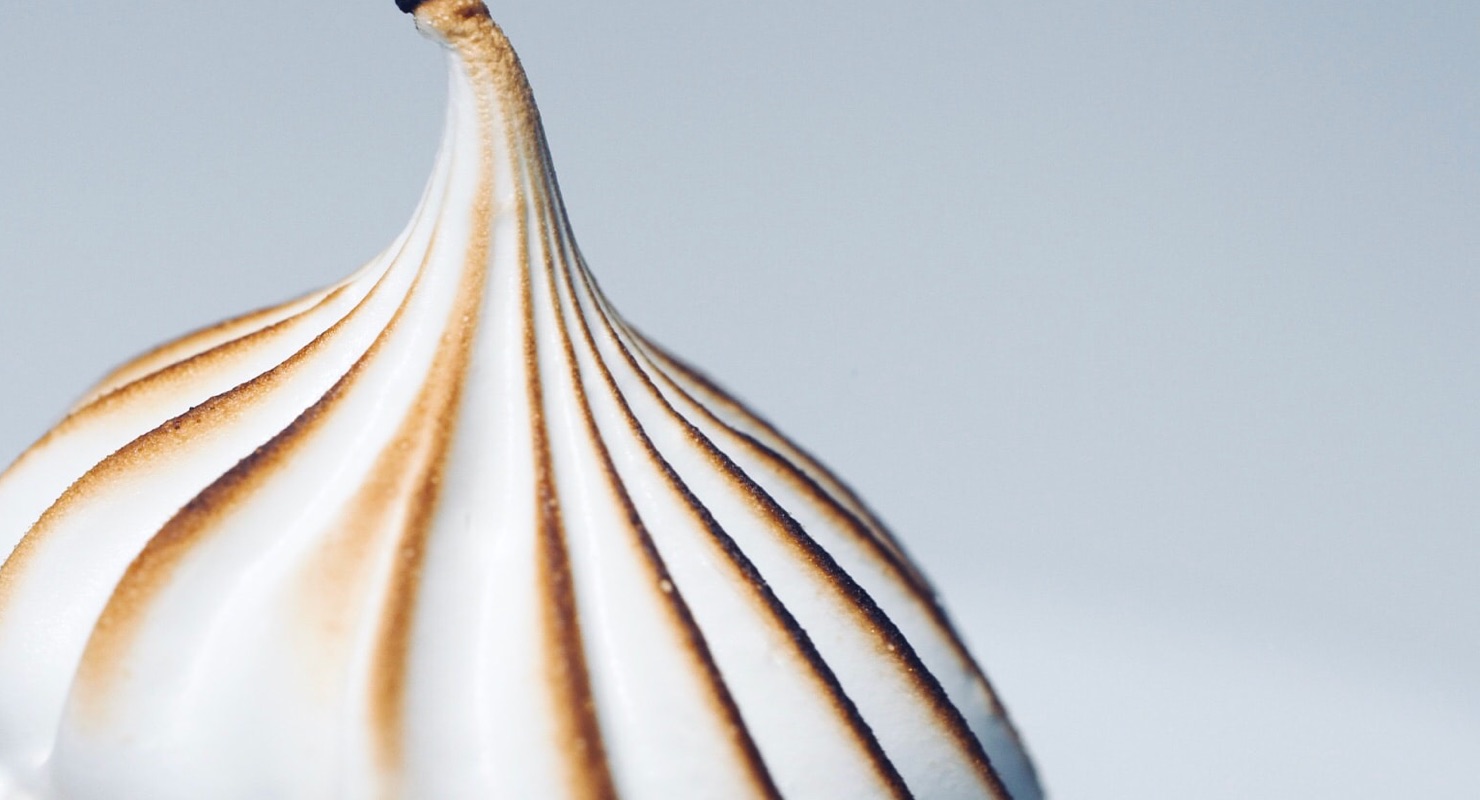 We all want to think we’re nice, but should we work altruism into our routine in the same way we schedule a meeting or a coffee break? Teams using the “five-minute favor” think so – but is it a good idea? Or have modern ways of working made it necessary to turn being kind into a task? 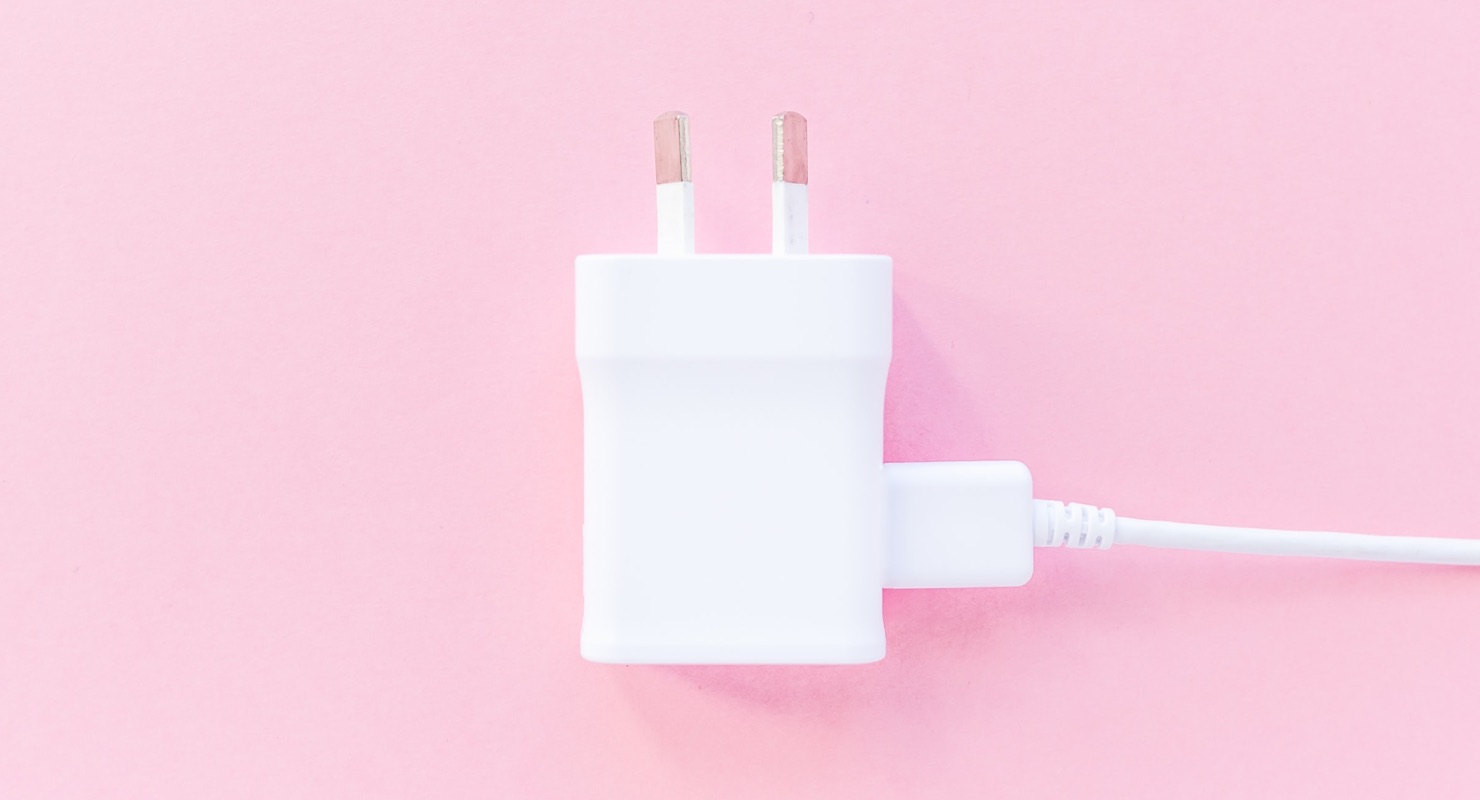 Remote work policy: are you ready to offer long-term WFH?

In the wake of lockdown, many businesses are gearing up to offer staff long-term remote work. But is yours really ready for it? To recruit and retain top-notch talent, you need to think very carefully about your remote work policy – creating process, protocol and frameworks to make it sustainable. 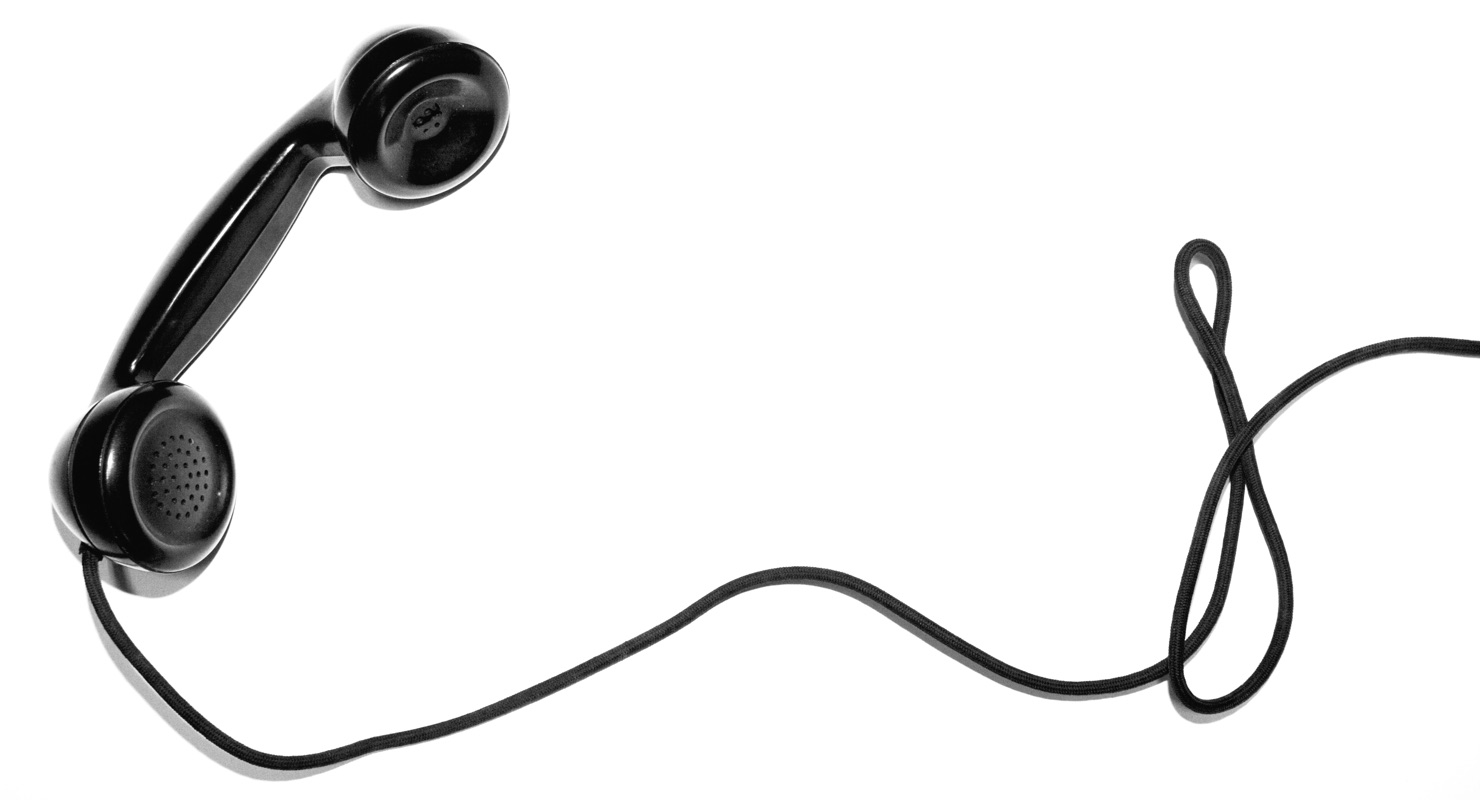 How to create a remote communication structure

Remote teams don’t just fall into highly effective collaboration patterns; they develop robust communication structures. That means outlining a few basic norms and protocols somewhere public. Here are a few we’ve being using for the past six years here at Memory to get you started. 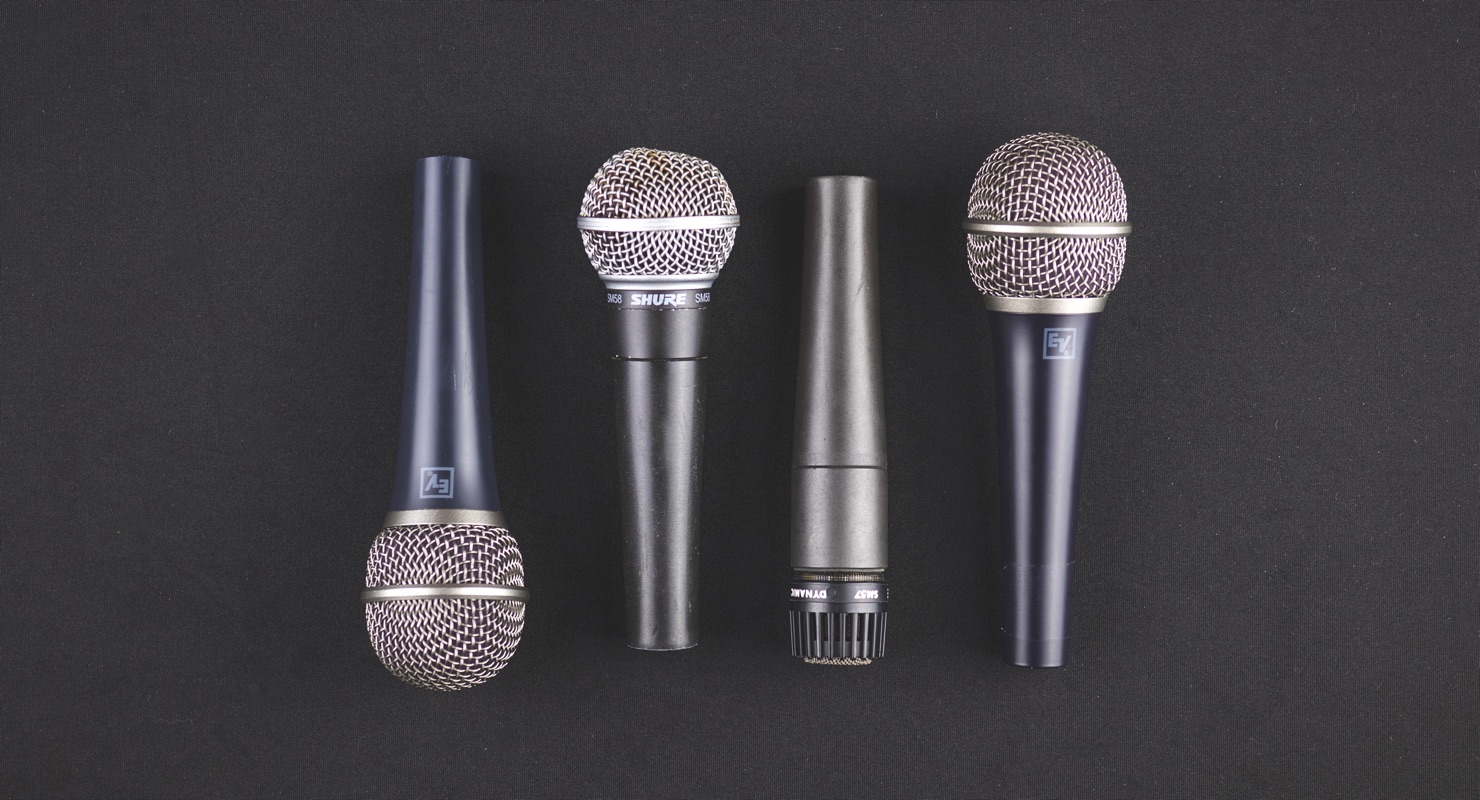 How to gather remote employee feedback

Remote employee engagement, wellbeing and representation all depend on regular, candid feedback. But how, exactly, do you go about it? What kinds of mechanisms and virtual spaces can you use? How do you encourage people to participate in company culture? And how do you make everyone’s voice heard? 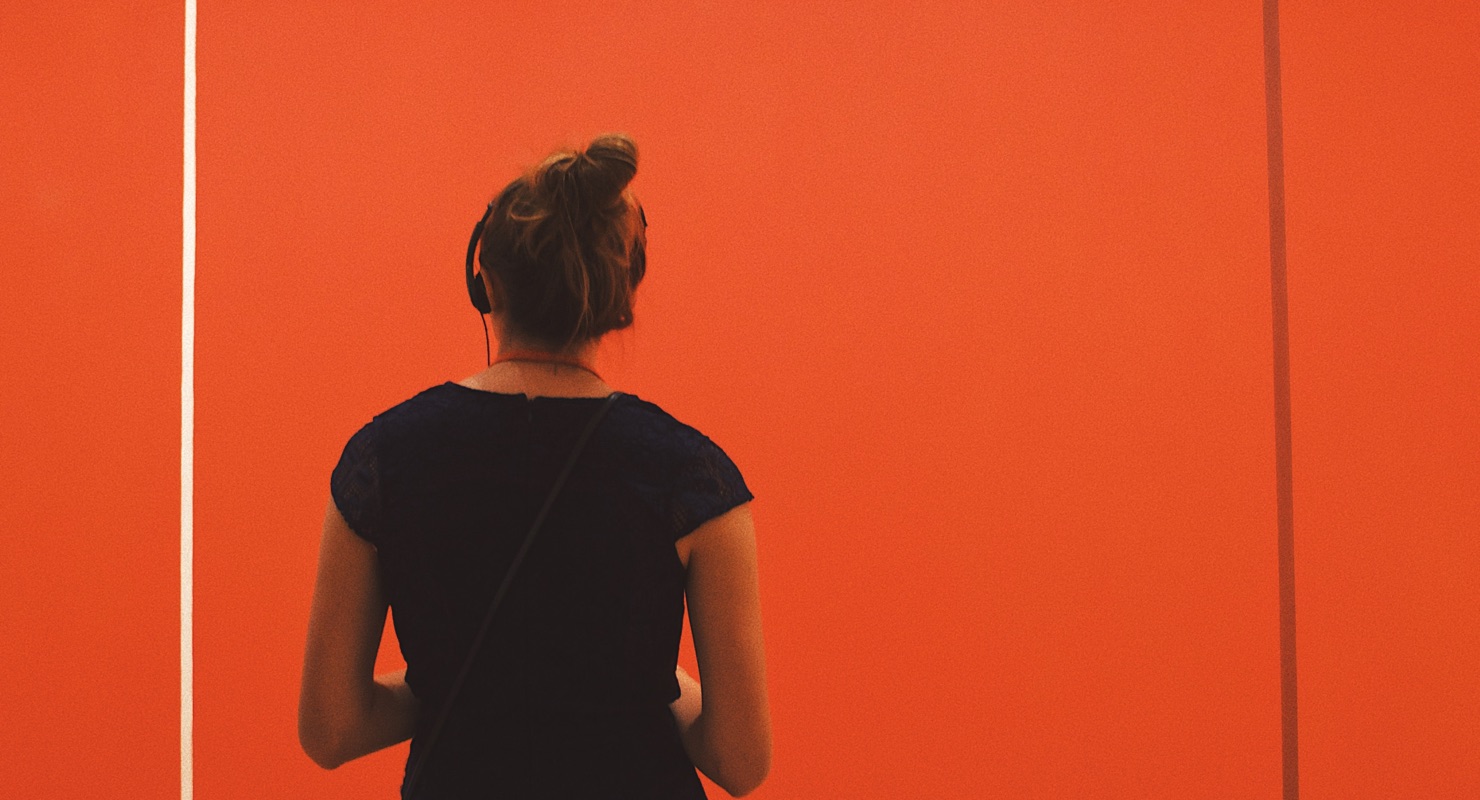 How to manage remote employee performance

Remote working may be the future, but how do you manage a person you hardly meet? How do you check their progress, balance their workload, give them the right support and steer them to your priorities? This article lays out exactly how remote performance management works – with 0 micromanagement. 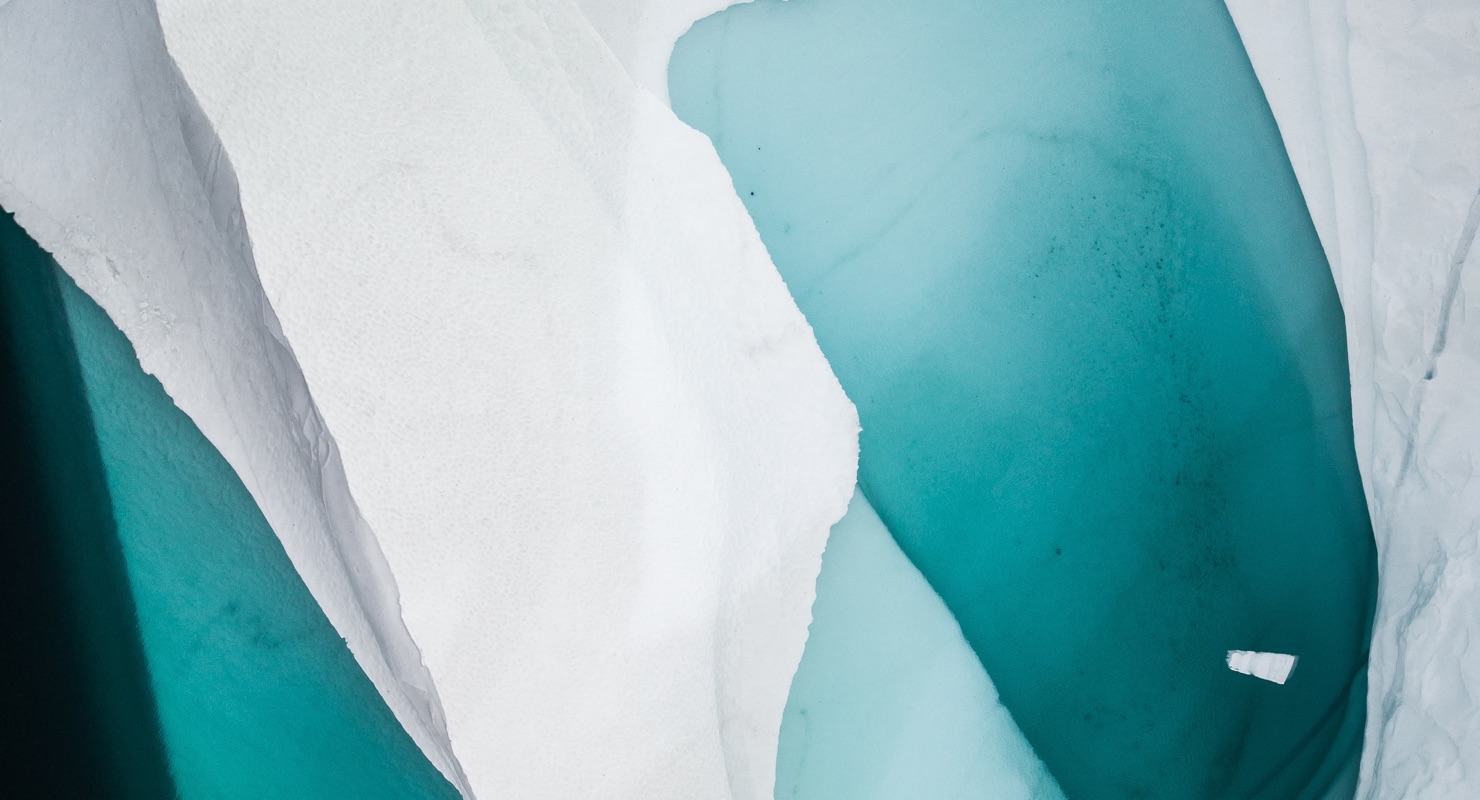 How to help employees struggling to adjust to remote working

Studies show remote workers are happier, more productive, and more engaged – yet remote working isn’t for everyone. Trouble disconnecting, social isolation and increased stress are all too real. But with the new norm of mandatory home working, how can you help employees who are struggling to adjust? 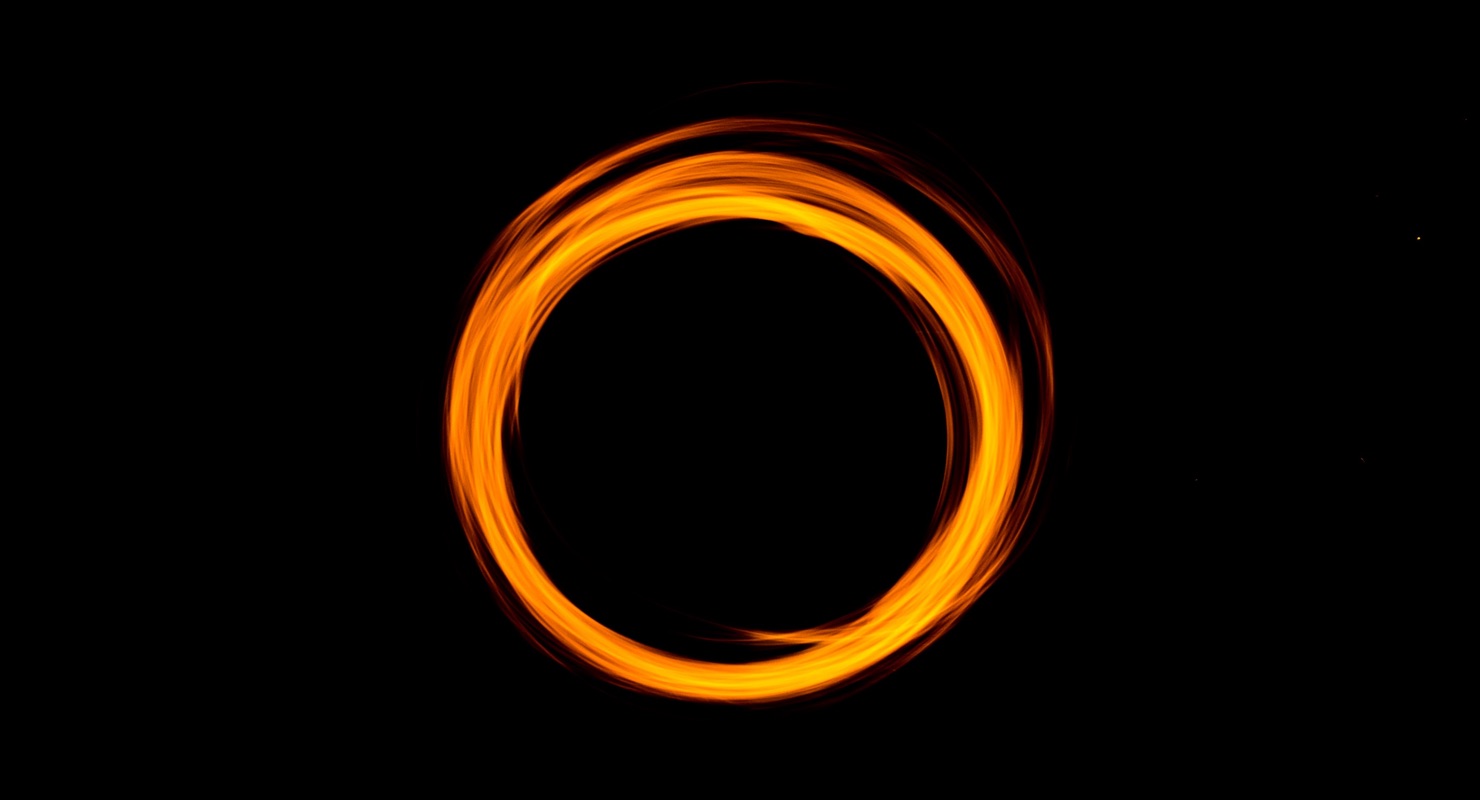 Remote working may make us more productive, but it can increase our risk of burnout. For those of us working from home due to Coronavirus, there are additional pressures to consider. Use these burnout prevention tips for home workers to stay afloat – as recommended by the remote workers of Memory.