Are video meetings more productive than in-office ones? 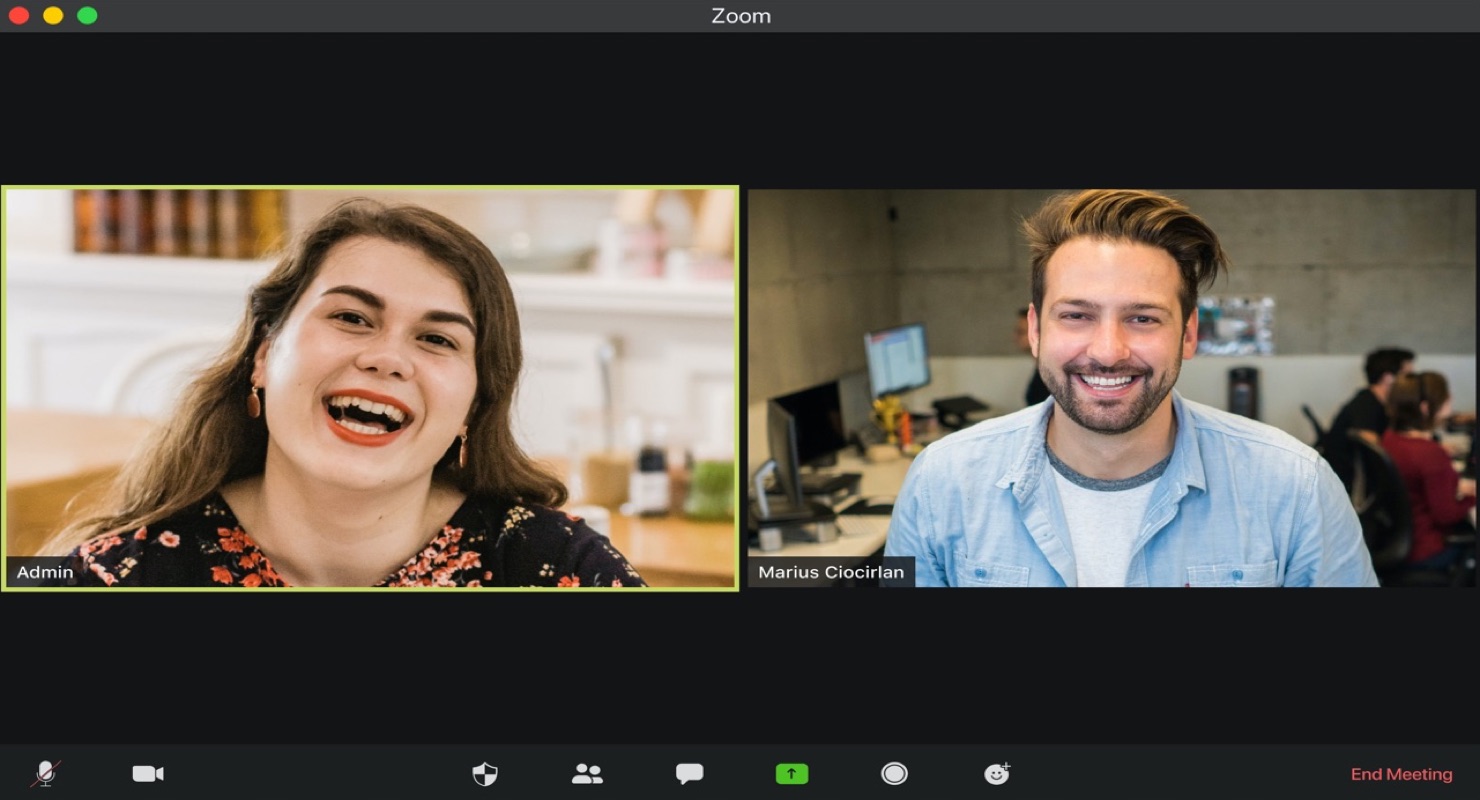 Related articles
Do you really know what your team is working on?
The importance of osmotic communication at work
Prioritizing tasks with the 1-3-5 rule
No items found.

As more of us work from home, video conferencing has become the new norm. Taking over from Skype, Zoom has become a household name, allowing us to move collaboration to the virtual realm. Fostering a more transactional exchange – and free of the scheduling and logistical faff of meeting in person – video meetings are often seen as more efficient than in-office ones.

But as many people are quickly discovering, they still have some serious limitations that sap our productive energy. While video meetings may solve the inefficiencies of physical ones, they’ve supplied their own new set. So why, exactly, are they so draining? Can we minimize our Zoom fatigue, or are meetings doomed to always feel unproductive?

The consensus that most meetings are unproductive and unnecessary isn’t new. But the problem now is that so many of these pointless meetings have just moved to video when a simple email or Slack thread would have done the job. Of course, many of the unproductive tasks that surround meetings are still there; you still have to compare schedules, negotiate timings, set up calendar events and share access links.

According to new stats, video conferencing app Webex hosted over 20 billion meeting minutes this April 2020 – double February’s count; Google Meet added three million new users last month; and the average number of people in video calls has increased by five since the start of the year. Video chat has become the default mode of communication, and with that comes all kinds of issues.

These issues are partly due to the unique situation we find ourselves in. Employees with children are forced to attend video meetings while trying to be full-time parents – and meetings that involve screaming babies tend to be wildly unproductive. At a time where our professional and personal lives have merged, interruptions are all around us – and even if you don’t have kids, it’s strangely easy to become distracted by glimpses into your boss’s house.

Then again, a huge part of them aren’t – they are intrinsic to video conferencing technology itself. But what exactly makes holding meetings over apps like Zoom feel so unproductive?

Issues that affect the quality and fluidity of our meeting experience are an obvious place to start. A weak connection means poor sound and video quality, and screens that freeze at the most inopportune moments. Then there are problems with software and tool familiarity. Employees who aren’t used to video meetings are suddenly being forced online, and their inexperience is on display.

Many of us have already sat around in meetings while people struggle to get their microphones or cameras working. They may seem trifling, but these technical can have a marked impact on our energy and engagement on calls.

In the past month or so it’s become apparent that virtual communications can be extremely taxing for the human brain – so much so that a new phrase has entered the lexicon: Zoom fatigue. We’re forced to focus far more intently in video meetings that we would in-person. In video chats we can’t rely on quiet side conversations with coworkers if we miss something; neither can we ask clarifying questions without feeling we’re disrupting the entire meeting. We feel we have to be ‘always on’,  which saps our energy. In video chats it’s also extremely easy to zone out – and when we zone out, meetings tend to not seem very productive.

The unnatural delay in speaking can also lead to disengagement, and can make people feel uncomfortable. A 2014 German study showed that delays on conferencing systems negatively influenced our opinions of people: delays of just 1.2 seconds made people perceive the person talking as less friendly or focused. While in real life silence is a natural part of conversation, in video calls it can seem awkward, or lead us to suddenly worry our audio has gone.

Plus, in video chats, we can’t connect the way we would in real life. When people can only see your head and shoulders, the possibility of using body language to better express yourself is gone – and if the visual quality is poor, the chances of construing anything from subtle facial expressions is too. “For somebody who’s really dependent on those non-verbal cues, it can be a big drain not to have them,” says Andrew Franklin, professor of cyberpsychology at Virginia’s Norfolk State University.

Eye contact is the strongest facial cue we have, and if it’s held too long it can feel both threatening and weirdly intimate. Some of us feel the need to smile throughout a video meeting to show we’re engaged – but that only drains us more. The only way we can show other participants that we’re listening and paying attention is to constantly look at the camera – but how often, in real life, do we stare fixedly into the face of a coworker without looking away? It’s not natural, and feeling we have to engage in this “constant gaze” makes us tired and uneasy.

Another issue many people are experiencing is presenteeism. If someone attends a video meeting but doesn’t have their camera on, there can be an unspoken sense that it’s because they’re hiding something. With their microphone muted on top, people can start to wonder if they’re there at all. “I work at a company that didn’t really do much of this work from home business,” one marketing executive says. “Now, we’re all doing it, so the pressure is on: Be on every call, every company happy hour, every manager check-in and catch up, react constantly and make sure you’re seen.” As we’ve already discussed in a previous article, presenteeism and poor productivity go hand in hand.

Undeniably, video calls enable families, friends and colleagues to stay connected – and during times like these, creating a sense of togetherness has never been more important. But just because Zoom fatigue and productivity slumps can seem like privileged problems right now, that doesn’t mean they aren’t still real problems. Once some work normality reasserts itself, they will continue to be there, waiting in the software. So what’s the solution?

From a human perspective, there are lots of things you can do to avert Zoom fatigue: have transition periods between calls where you go for a walk, stretch, or at the least step away from the screen; during long calls, minimize the video chat window so you don’t feel overwhelmed. At times like these, the 'record' option comes in handy. You could also edit the video using a good video editor, and focus on the segments that are relevant to your business without wasting time. To improve your focus, avoid multitasking – something as small as checking that new Slack notification can quickly interrupt your concentration and derail the entire chat.

To avoid technological issues arising during calls, familiarize yourself with our tips for holding better video meetings and general video etiquette. Try to reserve meetings that don’t involve high-pressure decisions or input for low-energy part of the day – typically after lunch and towards late afternoon. Then use intelligent tools to outsource all meeting scheduling – AI-powered ones like Dewo compare all participant calendars and productive patterns to pick optimal meeting times.

Finally, while it might seem like video chat is now the new default way of communicating, that doesn’t mean you’re obliged to continually communicate face-to-face – especially if it feels invasive. Don’t feel pressured to always have your camera on, or to even agree to video chat when a phone call would work. It’s important to have boundaries – particularly now, when the lines between our personal and professional lives have never been more blurred. Prioritize your wellbeing, and it’s not just your productivity levels that will thank you.

What meetings are really doing to your productivity

Watch now
Related articles
No items found.
Try Timely for free!
Discover the power of Timely's automated time tracking with a 14-day free trial
Thank you! Your submission has been received!
Something went wrong while submitting the form.

Reduce time tracking admin by 75%
​​20 people or more? Get a personalized introduction to Timely
Designed by vikings in Oslo, Norway 🇳🇴

Start my free trial
Get Timely on every device