How to politely say “no” at work 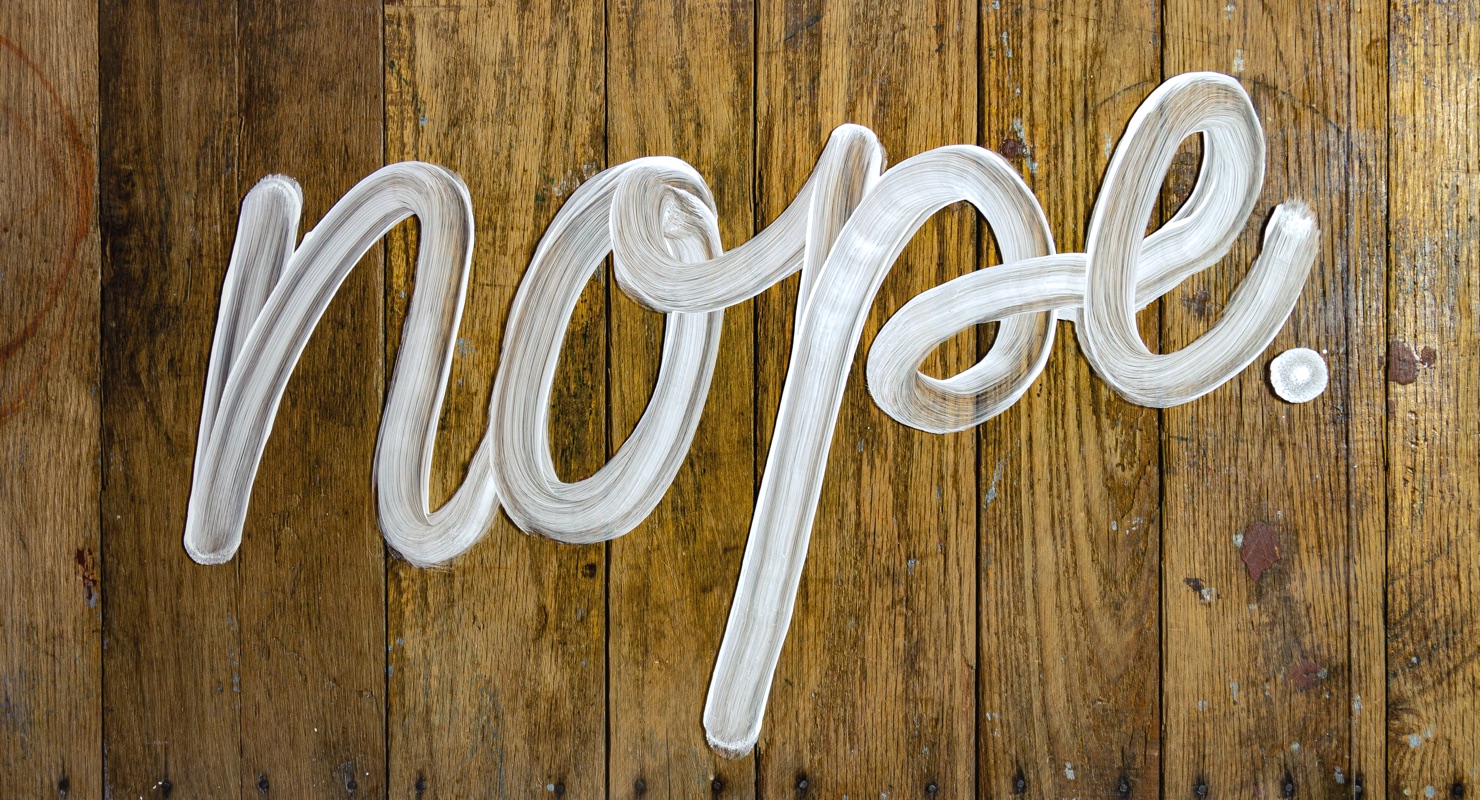 Working at home during a lockdown sounds like it should be pretty straightforward. It sounds simpler – calmer, even – than working in a busy office in “normal” times, and trying to navigate our work alongside our personal lives. While things seem like they should be quieter right now, they’re not. The fact is that people working remotely have heavier workloads, work longer hours, and feel more professional pressure – all while dealing with unprecedented social and emotional turbulence. To make things easier, we need to keep our personal priorities in perspective and work only on what’s most important – to us, not to other people. But during a time when we all want to help others, how can we learn to say “no” at work?

Understanding the pressure to say “yes”

To understand the best ways to say “no” at work, we first need to understand why it seems so hard – particularly now. In general, people are conditioned to think that saying “yes” to things is just what we should do. Yes to that new opportunity, yes to that invitation you’re still not quite sure about. And at work, the pressure is even greater. We see saying “yes” as the way to get ahead. Yes to that new project; yes to mentoring a coworker; yes to staying late to help your boss. Saying “no” is hard for humans because we’re social creatures. We want to be seen as team players – kind and helpful, not confrontational – and saying “no”, sadly, is often seen as a rejection.

What’s making things worse right now is our current climate. Remote workers often struggle with a lack of visibility, and feel the need to go the extra mile to prove they’re driven and committed. And for the millions of newly remote workers struggling to adapt to this new way of working, the sense of invisibility is even more powerful. Combine that with the fact that we’re in the midst of global recession where no-one’s job seems safe, and the desire to prove your worth to your employer and stay in the front of their mind can be overwhelming. This is what virtual presenteeism looks like.

And how do you make yourself more visible when you’re at home? By saying “yes”. You say “yes” when a coworker asks for your input. You say “yes” when your boss asks for help with an “urgent” task – even though you know you don’t have time. You work longer hours. You reply to emails as soon as they arrive – no matter how late it is. You allow, perhaps willingly, the line between your personal and professional lives to blur.

Learning to say “no”

We need to learn to say “no”, particularly now, during this period of perpetually uncertainty, when our priorities can shift overnight. We need to prioritize the work that’s truly going to help us achieve what we deem important. So how do we do this?

Firstly, there is a big difference from a blunt, knee-jerk “no” and a thoughtful, well-reasoned “no” – and obviously, you want to aim for the latter. This “no”, according to Harvard Business Review, “is all about timing and logic”. Rather than just saying “no”, show why you’re saying it. Share the reasoning behind your no. If you don’t have time because you’re working on another important project, explain that. If you’re feeling stressed and close to burnout, communicate it. If you don’t explain why you’re saying “no”, you’re leaving room for the other person to fill that void with their own biases – e.g. you’re only saying “no” because you don’t like them. If you have your own project deadline, state what and when it is, and explain that this is the reason that you (sadly) can’t say “yes” to their request.

The next step is to acknowledge the disappointment that your “no” will bring about. Be empathic, and let the other person know you sympathize with the position your “no” is putting them in.  According to Karen Dillon, co-author of How Will You Measure Your Life, you should say something like “I realize that by saying no, this [chore] is going to be put back in your hands”. But at the same time, stay firm. Let the other person know that saying “yes” would mean your own work would suffer – and that your soaring stress levels would mean you wouldn’t be able to do a good job on their project. Keep in mind that you don’t need the other person to like your answer; you just want them to understand it.

The final step is to offer a lifeline, where possible. You don’t want to make the other person feel bad or foolish for asking you for help – and you also don’t want to become known as someone who says “no” and risk missing out on other opportunities in the future. If you can’t say “yes” to the initial request but might have time to help out on a smaller level, offer to; perhaps there’s a draft you can proof, or an idea you can give feedback on? Or, if there’s flexibility with the deadline, you could even offer to take on the request at a later date. Whether any of this becomes possible isn’t necessarily the point. The point is that by offering a lifeline, you’re showing a willingness to pitch in – and if you communicate it properly, hopefully your willingness will be remembered more than your “no”.

Register now!
Related articles
No items found.
Try Timely for free!
Discover the power of Timely's automated time tracking with a 14-day free trial
Thank you! Your submission has been received!
Something went wrong while submitting the form.

Reduce time tracking admin by 75%
​​20 people or more? Get a personalized introduction to Timely
Designed by vikings in Oslo, Norway 🇳🇴

Start my free trial
Get Timely on every device