How to build trust and safety into video calls 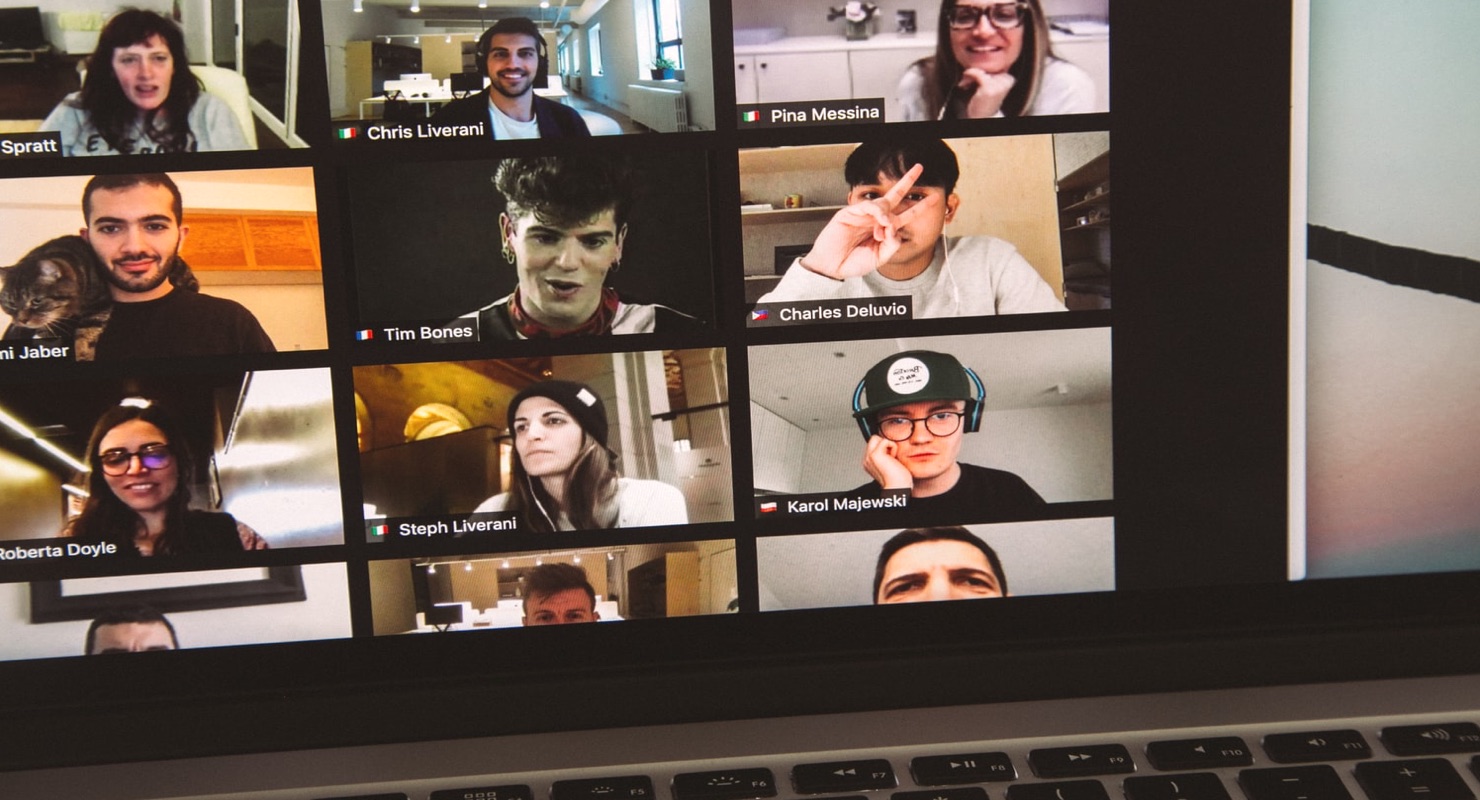 Whether you like them or not, video calls are here to stay. While pandemic working may have necessitated them, organizations heading back into the office will likely need to continue using this new form of communication for a while longer.

This isn’t necessarily a bad thing – after all, video calls can offer a ton of benefits and are essential to keeping remote collaboration human – but they can also have a negative impact on trust and psychological safety.

But what is it precisely about video calls that limits our ability to connect comfortably and naturally? And how can we make them a safer space for everyone?

The problems with video calls

To build trust into our video calls, we first need to figure out what’s inhibiting it. One big issue with video calls is that communication can feel one-dimension and stunted. Because we only see someone’s face, we can’t forge connections the way we would in-person. We can’t detect social cues, read body language or pick up on non-verbal agreement. Having the confidence to speak up, ask questions or raise issues can seem infinitely easier when you’re sitting beside supportive coworkers, or facing across from a nodding, encouraging teammate.

Then there’s the very real phenomenon of Zoom fatigue. Because we can only rely on eye contact as a facial cue during video calls, we might feel pressured to hold it throughout entire conversations, which is unnatural and stressful. Or, to prove we’re engaged, we might feel like we can’t look away from the camera, or think we have to smile constantly – which is exhausting. Feeling like we’re on display, or “always on”, makes us feel tired and uneasy – and when you factor in the uncomfortable delay that often occurs on video chat, it’s no that wonder video calls can seem so awkward.

Plus, working from home means bringing professional meetings into a private space. We can feel anxious about crying children, barking dogs, doorbells or phones interrupting the meeting. Keeping your video on ultimately means inviting the eyes of colleagues and bosses into your personal environment, which not everyone feels comfortable doing. It’s important to remember that not everyone has the luxury of a calm private home office with four walls.

Thankfully, there are lots of ways you can overcome these challenges to help everyone in your virtual meeting feel safe and comfortable.

If we’re joining video calls from home, then by default, we’ll generally seem more vulnerable. Other people can get a glimpse of our personal home life, whether that’s seeing what our bedroom looks like or being interrupted by kids (even BBC reporters get video bombed by their children). We might also be looking slightly less refined than if we’d been calling from the office. But by accepting and supporting the fact that we might be seeing a more vulnerable side of each other, we’re able to build intimacy in our professional relationships, and, subsequently build more trust.

Making sure everyone knows it’s OK if they’re not quite camera-ready, or that you won’t judge them for what might be accidentally revealed on a video call from home, goes a long way to making people feel safe. Of course, do also give people the option to keep video off if they really don’t feel comfortable sharing.

It’s always a good idea to be yourself in video calls – and this means acting and speaking naturally. Speaking as though you’re reading a script, sounding overly formal, or deliberately using long words can create a job-interview-environment, where people feel like they’re being judged or can only present the very best side of themselves. Psychological safety, and feeling as though you can say what’s on your mind, is harder to achieve via video, so try to talk the way you would if you were just chatting to a coworker. Don’t worry if you can’t remember what you were about to say, or feel like you’re saying “um” and “uh” too much. For most people, this is just a natural part of speaking, and talking authentically and owning any hesitancies or mistakes will take some of the pressure off others.

3. Get feedback and take polls

It’s important that employees feel like they have a voice during video calls. They also need to feel psychologically safe. To learn how you can improve video calls, and prove to employees that their opinions matter, you need to gather feedback. Polls are a good way to do this – and to ensure no-one feels afraid of being singled out or hesitates to share, try anonymizing them. Apps like Vevox use anonymous polling, allowing employees to speak without fear of retribution or worrying about having to give more details. Alternatively, you could try Polly, which works well with Slack and is an easy way to collect anonymous feedback. By doing this, you’re showing your employees that their experiences and opinions genuinely matter, that you’re invested in improving video calls, and that they don’t have to worry about psychologically safety.

Video calls can easily be dominated by louder or extroverted employees, and this can create a sense that some people’s opinions are more important (or influential) than others. Talking over people, whether intentionally or not, can quickly make someone feel like their opinions are worthless. To avoid this, try to ensure everyone gets a chance to speak. You could do this by using people’s names, so they know questions are aimed at them, or going around each participant in turn and asking for their opinion. If you notice someone was unusually quiet during the video call, or felt like someone was afraid to give their honest opinion, reach out to them after, reinforcing the idea that it’s OK to have differing opinions and to ask questions – however obvious that might seem.

While it can be trickier to build trust virtually, it’s by no means impossible. The bottom line, though, is that teams can’t function without trust, and managers must be proactive when it comes to creating a safe environment for video calls so it can flourish. This may take time and effort, but as our worlds become increasingly virtual, it’s an investment that will absolutely pay off.